I wanted to write a fun post and I’ve seen a few of these and thought it would be cool to share what series I have been loving recently. I never used to be a series lover but during the pandemic, I have had a lot of time to myself, so watching series on Netflix has provided me with some entertainment and kept me somewhat occupied.

Below are some of my favourite series which I have watched in the last few months.

It took me quite a while to start watching White Lines as to be honest, I didn’t think I would enjoy it that much but wow…how wrong was I! I was looking for something to watch one day and decided to give it a chance because why not? The first few episodes were a little slow and it took me a while to get invested but once I was hooked it just got better and better. The series is essentially about a woman who sadly lost her brother 20 years ago when he was living in Ibiza, the circumstances around his death are unresolved so she travels to Ibiza to try and put together the missing pieces and ultimately find out how he died. You follow the journey with her but with some unexpected events along the way. My rating – 8/10

I watched the first episode of this a while ago and in all honesty it didn’t grip me (I get bored very easily) so I didn’t watch any further. However, I recently gave it another go and I am so glad I did! This is another series which really took me by surprise and I didn’t expect to be as obsessed with it as I was! Dead to me is about a woman who lost her husband in a hit and run, she goes to a grief class and befriends a woman who she grows very closely to, a lot of shocking revelations occur and it’s so entertaining to watch it all unfold. – 7.5/10

I was pretty engrossed in this series from the onset, the first episode was really gripping and kept me guessing wanting to know more and more. The plot is about a married father of two whose life is turned upside down after a stranger tells him a secret about his wife. He tries to investigate the truth of the stranger’s claims and of course, it unravels a lot more dark truths, not just about his wife but also other characters in the series. – 7/10

Queen of the South

If drug cartels are your thing then this will be right up your street! The thing that makes this series different to all the other drug related series on Netflix is that it focuses on a woman who works her way up the business. The story follows Theresa from the start and you see her grow along with her drug cartel business. It’s a very entertaining watch! – 8.5/10

It took me quite a while to watch this series among all the hype when it first landed on Netflix. So this year I gave the show a chance and really enjoyed it, it was super interesting and I liked the way it was narrated. If you haven’t yet watched this and don’t know what its about then let me fill you in – the main character Joe is essentially a criminal mastermind (not essentially, he is) and finds himself in a number of relationships throughout the 2 series, it follows the journey of these relationships and also creates an air of mystery regarding his previous relationship in his past. This then comes to light and reveals more than what you first thought. – 8/10

So they are my top Netflix shows from this year! Of course, there are so many more great series on Netflix but they are just my favourite ones which I have watched recently/this year.

I hope you enjoyed this post, thank you so much for reading!

FYI- The photos used in this post are sourced from pexels.com

8 thoughts on “The Netflix series you NEED to watch!” 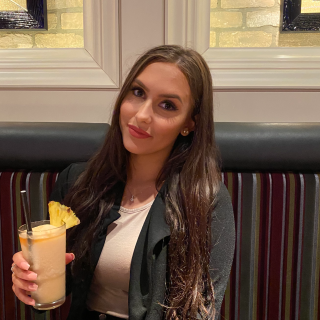 Hey! My names Ellie, I'm 24 and from the West Midlands. I now live in the South East of England after seeking better career opportunities. I enjoy writing about all things lifestyle, personal development, beauty and the odd baking recipe. I studied Law in University but am now enjoying working in learning and development. Thank you for visiting my blog, I hope you like it.